Summary
TOXIKK plays as if today’s military shooters never existed: It combines the intuitive mechanics of Arena FPS giants from the late 90s and early 2ks with a fresh setting, slick graphics and our vision to bring back AFPS gaming with soul and style.

There are plenty of arena-style shooters on the market these days, but with so many of them trying out new things, there’s also been a growing market for titles that cater to nostalgia. Toxikk is one of these and seeks to recapture the glory days of run-and-gun gameplay, but can it stand out from the crowd without spoiling its promise of ‘fragging like it’s 1999′?

Toxikk is, at its core, a nostalgia trip; a window to an era when the arena shooter was king. It’s a game that touts its focus on skill and speed as its defining characteristics and largely rejects innovation in an effort to recapture the supposed glories of decades gone by. If you’re looking for something new and wild, look elsewhere. But if you’re out for something fun to do killing time or are a hardcore purist made cynical by an endless parade of copycats, then you might find what you’re looking for here. The game is available on Steam comes in two parts: a free version containing a limited number of maps and minimal character customization, and a larger full version which costs $14.99. As the store page states, there are no competitive disadvantages for just playing the free version, but like the days when games would release free shareware demo versions before full release, you will be limited in terms of variety.

It’s important to note that Toxikk has little to no story, much like the games of old it seeks to emulate. There is a campaign mode, but it’s little more than a series of preset matches against groups of bots with a paragraph of text to justify it. There’s a loose meta-narrative present, but it’s of little concern and adds nothing to the experience beyond some basic narrative premise to justify guys in space marine armor shooting each other to bits. Personally, I had no issue with this since it’s not what the game’s about. However, if you like a little more story to your gun-play, you’d best look elsewhere. Toxikk’s heart is in its shooting, not it’s plot-building skills.

Of the various games Toxikk draws on for inspiration, Unreal Tournament (specifically Unreal Tournament III) is the most obvious influence. Every gun has two firing modes and fills a specific role. Player movement is flexible, with omni-direction double-tap dodges to keep your enemies guessing and your reflexes sharp. For those new to high-mobility shooter concepts like lift-jumping and even double-jumping, the game comes with an extensive tutorial. Toxikk also incorporates an experience system that totals up points earned by executing kill-streaks or other actions after each match. The more experience you earn, the more customization options you unlock.This serves a double purpose of providing a sense of player progression and to help separate newbies from more experienced gamers in the matchmaking system, which is always important. No one likes to get mowed down by a hardcore keyboard warrior the first time they try the game; it’s just plain discouraging.

The free version comes with four game modes, all of which are renamed version of the standard arena-shooter fare. You’ve got death-match (re-titled ‘Bloodlust’), team deathmatch (i.e. Squad Assault), capture the flag (with an energy cell taking the place of a flag) and king of the hill (where holding more locations gains you more points faster, with the goal being to hit the score limit first). The maps feature vehicles depending on their size or design, with some basic choices including a mech, a multi-person Humvee clone and a deadly VTOL aircraft. There’s nothing surprising about Toxikk’s gameplay (except potentially the very under-powered shotgun, but then there’s not supposed to be. As stated, nostalgia and simplicity are the game’s big selling points.

Unfortunately, the multiplayer of the free version is severely restricted in terms of what you can and cannot do when it comes to playing online. You can’t host a game, or browse server lists, and can only join games at random based on ping, using the game’s auto-connect function. This is a major incentive for those that want to run their own server or play with friends to buy the full version, which is fine, since those people will likely prefer playing against their more experienced fellows, rather than simply dropping into a public match where you could be playing alongside anyone, which as any gamer worth their salt knows is either potentially very good, or very, very bad.

When it comes to visuals, Toxikk is very much the baby of Unreal Tournament III. There are no evil onion-domes in its architecture, but the characters are the same generic, ‘roid-boosted super-troopers, and the environments inevitably bring to mind the same lighting and level design over and over. This is no fault of the game’s developers (probably) since Unreal Engine 3 games undeniably share the same DNA when it comes to looks. Given how closely Toxikk already mirrors the third Unreal Tournament, however, it’s impossible not to see the similarities, no matter how hard the makers might have tried, which is not good for the game’s identity. In my opinion, if you want to recapture the glory days of shooters, you should try to do it while establishing your own identity as best you can. I’d also like to lodge a complaint about the menu design. Something about it simply rubs the wrong way, though whether it’s the excessive reliance on the keyboard to select options when between matches or the overall animation and visual clutter, I can’t say.

There’s not much to say about the sound either, other than that it does its job of ‘being there’. The guns feel like your usual sci-fi stuff, and the music is pretty much all electronic. I don’t blame it for not challenging expectations, given it’s aimed at a very specific audience, but then I would also argue that’s part of what made Unreal Tournament 2004 so good, with its ludicrous diversity in terms of venues and music to frag by. Would anyone today dare to try and set a no-holds-barred, fifty-frag limit death-match to a sweeping orchestral piece? I think not. In any case, all this adds up to is mediocre visual and auditory experience. I won’t berate the creators for using a last-gen engine, since being new and improved is not what the game’s about. I would’ve liked it more though if they had gone a bit more crazy with the level design. It’s one thing to embrace what you know works in an effort to recapture fun times gone past, and another entirely to be able to build on contributing to the experience in a way that doesn’t completely break the mold you’re trying to fill.

At the end of the day, Toxikk achieves what it sets out to do quite well, providing an authentic retro-shooter experience for the dedicated fan of old school arena combat. It’s a welcome distraction if you have a passing interest since it costs nothing to play, and a ton of fun if you can have friends who are interested enough to purchase the full version and play alongside you. The core of the multiplayer shooter genre has always rested in its ability to deliver engrossing online cooperative and competitive play. Toxikk focuses on keeping that experience simple, with no loadouts, no player perks and no pay-to-win incentives, just like it used to be. Furthermore, the game is linked to the Steam Workshop, which allows players to submit all sorts of mods, including model packs, custom-made maps and mutators. This provides a huge boost to the game’s replayability, since so long as the community and your enthusiasm survives you will most assuredly virtually never run out of new things to try. I won’t say I’m nuts about it, but it’s definitely worth giving a chance if only for the potential memories it might help you might relive. 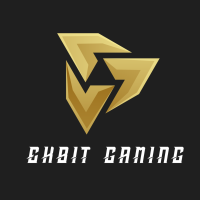